One of my friends has been investing in properties way longer than me. In fact, he was one of those who taught me a great lesson about financial freedom and a passive way of investing at some point. It was long time ago but I still remember when he became obsessed about setting up his rental business. He loved to travel and he wanted to do it with his wife and kids more often and he expected his property business will pay for it. I knew he was ready to work really hard on it. Soon he met some other like minded people and his new venture became a source of his pride.

He managed to buy his first three houses quite soon. Quite soon he also started to complain about his problems. Anytime we met he ranted about tenants not paying, about broken doors, dripping taps, students partying in his house and all the other issues he had to now deal with on a daily basis. Those stories started to shadow the whole idea of investing in properties for me because it looked like too much hassle.

I remember as he came one day looking tired and sad. He said “Okay, I’m done. I can’t work 8 hours at my job and then pick up phones from my tenants, chase them for payment, do the repairs and all of this stuff – I quit.” At that point I wasn’t surprised. Honestly, who would be able to take two full time two jobs and still be able lead a normal life? I asked “But what about financial freedom? is it a lie then? You should be FREE shouldn’t you?”. “It’s garbage” he said and left. Suddenly I felt sorry for him. because it looked like whatever he believed in for a number of years just fell apart.

Tries to reclaim his time

His story made me thinking though. There are plenty of people who build wealth with properties. It’s not possible that they scale up their portfolios putting so much work into it. So I googled how to make a property business hands off. I did some calculations and came back to him with a list of letting agents, who could do the work for him. He didn’t like the idea in the beginning. Clearly he was one of those landlords who likes to have things in control and doesn’t want to spend a dime on extra services. I explained to him (although at that point I wasn’t an investor yet) that the time he spends on management and maintenance costs him more that the money he spends. To put it simply letting agents hourly rate became ridiculously cheap comparing to the time he could have spent with his family.

With some of effort of mine he got convinced. It all sounded logical in the end. We put down a plan to try it with one of his properties. Not everything went as expected (beginnings are usually hard aren’t they?), there were still issues on the way but with time he managed to figure out how to work with property manager and his team. Things started to look well and he was planning to hand in his second property to the letting agent when some serious problems with his tenant arised. Letting agent didn’t deal with that in a good way and tenant first devastated his property and then left. My friend lost a lot of money together with all his trust in the idea of using a power team.

At that point I started educating myself in investing in properties. I was bluntly told — never ever do everything on your own. Always use a Power Team — the team who will support you all the way. Power Team is more than just a letting agent. It is also a solicitor, insurance broker, financial experts and many more. This introduced me to a Passive Investing concept which helps to save and reclaim your time. A passive investor is a person who uses many different people to manage their assets and business. By using (leveraging on) their expertise and time a passive investor can scale their portfolio. Moreover that opens the whole new opportunity to invest outside area investor lives — i.e. in a different country.

When I explained this to my friend something unexpected happened. Honestly I thought that after his latest experience he will quit the whole business altogether. But I was wrong. He thought it through and got it. Apparently he understood that, even though it usually costs you money to get help but without this help you can’t scale up any further. He realised that the only way to invest and succeed for real you need to become a passive investor. Once you delegate majority of tasks you can focus on growth and enjoying your time which is why we do it in the first place, isn’t it?

From that moment on he started building his power team around his business. He hired a new letting agent and started to use professional builders for maintenance. Soon he also hired an accountant to deal with his finances and many more. He started to spend money on their services but he gained much more. He got back his time and, actually, his business started to work much better as the big part of it was handled by professionals. Suddenly financial freedom became reachable. With Passive Investing method he managed to reclaim his time and freedom. He eventually got there over the next few years and now he is well off. That wouldn’t be possible though if he didn’t change his mindset. He started to focus on growth. Passive investing became his vehicle to become financially free.

Everyone grows and everyone has their own journey. For my friend it had to take a few mistakes to understand that the need of power team in your property business. Luckily for me I didn’t have to make this mistake as learned from experience of others. I am a passive investor now and I am a big ambassador of making property business a passive investing. If you are still not convinced why do you need to pay so many people around in your property business I encourage you to think about it. Delegation is the key — even if it will cost you money. Only with Passive Investing passively way you can reclaim your time and freedom. 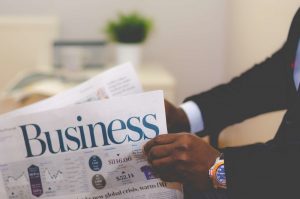 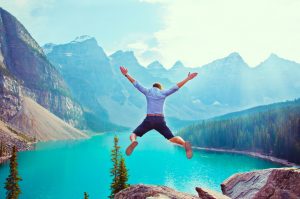 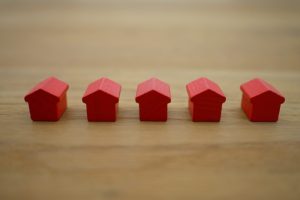